13 Best Android launcher For Android in 2021

Android has always given its users the ability to empower themselves with various features and special privileges for every new release. You can change the look of your smartphone’s Launcher. You can install new Android launchers, which allow you to modify your home screen, add cool features, and create different templates. It makes your phone experience more exciting. However, it can be hard to choose from the many available Android launchers.

This article lists the best Android launchers that can improve the look and performance of your Android smartphone in 2021.

Lawnchair 2 is the best Android Launcher for minimalist users. Lawnchair 2’s UI looks just like Google’s Pixel launcher, and it has icon pack support. It allows you to use other custom icons packs.

It supports adaptive icons and adjustable icon sizes. It is easy to customize. Lawnchair 2 is entirely free and can be used as a default app for anyone looking for a Pixel launcher-like interface but with customizable options for the home screen.

Hyperion launcher is the latest addition to the Android launcher list. It sits comfortably between heavy launchers like Nova and Action and the stock Android experience offered by Lawnchair. The UI is minimalistic and clean without bloats. There are plenty of customization options. These features include third-party icon support and an icon shape changer.

They also have theming elements. It can support Google Feed but requires a separate installation, just like other launchers. Although it’s still new, it is already a top-rated launcher on Android.

Nova Launcher is one of the most popular Android launchers. Nova Launcher is fast, stylish, and highly customizable. It has minimal performance impact and allows you to set up your home screen as you like.

As the name implies, Creative Launcher will provide you with innovative features. This Launcher is unique and automatically sorts all of your apps, allowing you to find them quickly.

You have more than 1000 wallpapers and themes to choose from in the Launcher. There are two types of themes: dark and light. These can be used to sync with attractive wallpapers. You don’t need to worry about icons because the app is compatible almost with all icon packs. You can navigate your device with ease using the app’s gesture control features.

Although the overall design and theme of the customized pixel launcher are almost identical, customizations such as interactive UI option and home screen customizations and widget padding make it more powerful than the stock pixel launcher. CPL can be the best third-party Launcher, and we include it in our top Android customization apps.

Niagara is a new launcher, but its novel approach has made it climb the ranks to become one of the best Android launchers. Niagara is modern and minimalist with sleek animations. It’s also immaculate. Select your favorite apps to display on the home screen. You can navigate to hidden apps by tapping the vertical alphabet-style navigation bar. The Launcher integrates notifications from your favorite apps, allowing you to reply to them without opening any app.

Niagara can be customized, but the options are limited due to its minimalistic design. You can add widgets, embedded notifications, and gestures to the Launcher. There are also a few options for customizing the look and feel. The paywall prevents most extras such as weather and calendar widgets, advanced customization options, and pop-up widgets. Niagara is entirely ad-free.

Microsoft Launcher isn’t a brand new launcher. Arrow Launcher was the original name of the app. Microsoft rebranded the app in mid-2017. The app integrates with many Microsoft services, including email, calendar, to-do lists, and direct integration with Microsoft computers. You can also customize the app and use gesture controls.

After the rebrand, this one was returned to beta. There are probably some bugs at the moment. It’s a new feature that is especially helpful for people who need to integrate their Windows PC. Microsoft is currently rebuilding the app. You can check it out here. This new version will most likely replace the one on this list when it is officially released.

Poco Launcher, the stock launcher of the famous and cheap Pocophone, is Poco Launcher. It is available for all Android devices, which is quite surprising considering that Google has yet to release it. It’s a very basic launcher. This Launcher is stock Android-ish and features icons on the home screen as well as a swipe-to access app drawer.

You can change things like the background of the app drawer and the home screen grid. Privacy options allow you to hide icons from your app drawer. It runs smoothly and is light. It is an excellent recommendation for those with lower-end devices or who want something simple.

Rootless Launcher, a stock Android launcher, is available since 2018. It comes with a stock Android design and some customization options to enhance it. You can also change the location of your search bar and have icons pack support. Google Feed can be installed on this Launcher.

However, it will require an additional plugin download. You can find the Google Play description with instructions. It is an excellent choice for stock Android lovers, right up there with Hyperion or Lawnchair.

Smart Launcher is known for its flower grid, dedicated folder, and app folder, which are entirely sorted. Smart Launcher 5 has many more features. These include adaptive icons, an auto color mode, and a highly customizable app drawer.

The app drawer improves the browsing experience and smartens both local and web-search in the directories within the internal memory. The Premium version offers advanced gesture controls and pop-ups, which can be modified according to users’ needs. It could be the best Android Launcher if you love customization.

If you’re looking for a material design, look to android stock with pixel twist, Action Launcher will answer all your questions. Even if you don’t own a pixel, this Launcher can still be installed.

The Action Pixel Launcher allows you to customize it in many ways, from color to design. You can customize the dock search bar and quick bar, and you can use covers to access files and folders on your device.

Arc Launcher offers a variety of sci-fi themes you’ll love to see on the screen. These themes include Superhero Art and Premium Gold themes and Royal Black and Royal Blue themes. You can use the Arc AI voice assistant to do basic tasks such as changing wallpapers and increasing memory.

Lightning Launcher was a basic Android launcher that was pretty good. Since then, it has evolved to be one of the most customizable Android launchers. It is still extremely lightweight. You can change almost any setting on your home screen. Multiple home screens can be used for different occasions.

Additional plugins and language packs are available for download. Although the feature list is not very long, it does seem to cover all the necessary boxes. There is a learning curve with the app, but it is well worth it.

The number of users’ feedback and downloads determines which launchers are the best. You can choose any launcher for Android that you like, and you can also download it. Other launchers for Android, such as the Smart Launcher or Microsoft Launcher, have been steadily increasing their popularity in this market. It’s now that we can try something different in 2021, like the new Android launchers. Imagine a beautifully organized app drawer that is well-complemented by KLWP and Icon Pack Studio. It’s beautiful! 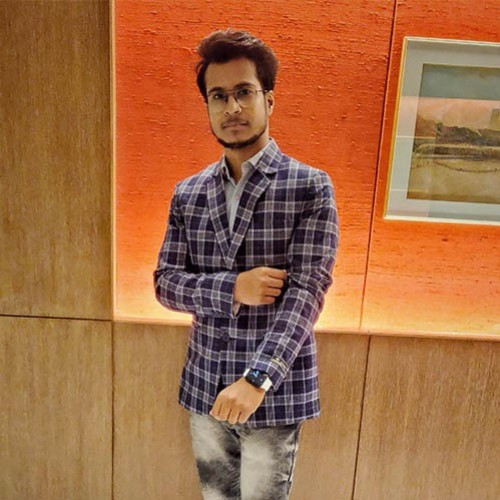 Widgets are one of the best things users have...

It's not difficult to find great backgrounds and wallpapers...

An Android phone has the most significant advantage: you...